I have been working on the rub rail for the past two days. Removing the rail itself took two seconds: a sharp pull on a section at the bow, and all the rail fell in the water!! It guess it was really time to replace it...

Removing the old sealant took a while. Most of it was crusty and I removed it in big pieces with a scraper. There were a few tough sections that I had to grind out with my Dremel.

The good thing is, I did not do this for nothing: as you can see on the attached pictures I have some nice cracks at the hull/deck joint, all of them forward of the mast. No wonder I had water coming in, I will finally be able to stop it. I think I will fill in the cracks with thickened epoxy, like Jeff did on Kaynee. I have not done it yet because I spent a good deal of time rebuilding the lip of the deck too: the gelcoat underneath the rub rail was cracked pretty much all along the hull, so I ground out most of it, covered with epoxy, and painted over - looks like new! 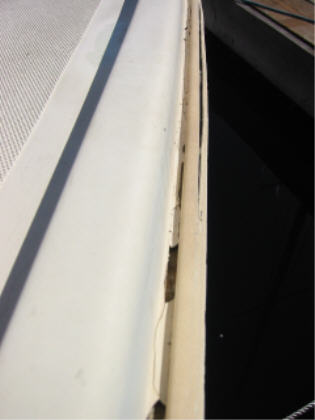 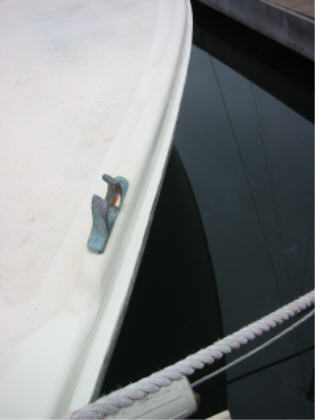 And the work in between 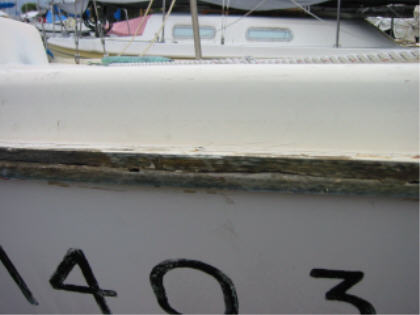